Let’s start from the beginning

Hi my name is Heidy. This is my first official post for Weighting Around Chicago. I am really excited to share my weight loss journey with you and anyone that has felt overwhelmed with being fat, fit,
and everything in between. 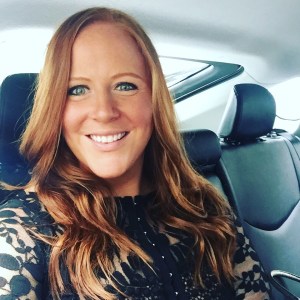 For those of you that haven’t known me long you should know that I have spent the majority of my life on the heavier side.  However, it wasn’t until my mid 20’s and again in my early 30’s that I was truly ashamed to be around anyone due to my weight. A little background, I grew up in Ohio and was a very active child. I got into volleyball at an early age and in high school played all year round. My mom really had her work cut out for her being a single parent. She was at every game and would drive out of state for every tournament. I was playing at such a high level that on the weekends I would be playing for 10 hours each day with very little rest in between. Back then there wasn’t a big emphasis on properly fueling a young athlete’s body so I just assumed that if pizza was at the concession stand that was what I was supposed to eat in between matches. Since we would be getting out late from games my mom and I would just go through a drive-thru for a burger and fries, heading straight to bed after scarfing down a quick meal. This routine would occur during the week after practice all through out high school. I need to point out that my mom would cook meals on off days but to be honest I would crave the instant gratification from fast food. Because I was so active I didn’t experience the weight gain from eating so poorly that I would experience later in life.

In addition to poor eating habits, portion control was not something that I was taught or understood. If I was hungry I would eat. If I wasn’t hungry I would eat. And what I was eating was pure garbage. I would sit and watch tv and without really trying would eat an entire family size bag of candy. I would eat a full meal in front of friends or family and then I would secretly eat alone. I would hide wrappers so no one knew how much I was eating. I still do that from time to time. It’s important that you understand that binge eating or over-eating is an addiction. I’ve never had an issue with drugs or alcohol but have known an addict or two and the way each of them described their addiction is the same way I have felt about mine. What I’m hoping to get out of sharing this with you is that you understand that I don’t want to be fat or unhealthy and I want you to know that I am not a lazy person. A lot of overweight people have a story behind their weight that you wouldn’t expect. In the months ahead you’ll start to learn mine and I’m really looking forward to sharing it. Besides losing the physical weight I’m really hoping to lose the heavy weight of anxiety that I have felt over the years getting to this point. Thank you to everyone that has been so encouraging along the way! Until next time…

4 comments on “Let’s start from the beginning”